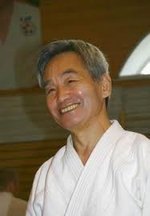 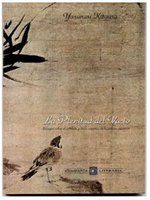 Yasunari Kitaura (北 浦 康 成 Kitaura Yasunari?, May 25, 1937) 1 (Tokyo) is a Japanese art historian, a leading expert in the European Renaissance and teacher of aikido 8th dan awarded by Aikikai Hombu Dojo, representative Shihan of Aikikai in Spain through the Cultural Association of Aikido in Spain (AEA) founded by him.

He graduated from Waseda University (Tokyo) and his Ph.D. from the University Complutense of Madrid with a thesis entitled The imaginative system of El Greco in the field of art history. He has published several books and articles on the history of European art, Japanese and Chinese. Their morphological analysis of the works of art of the European Renaissance led him to discover many relationships between the works of different artists and their link with ancient Greece. This analytical study enabled him to find certain laws that govern the composition of a Renaissance work and thus elucidate the imaginative system of artists época.

He was trianed inAikido by the hand of the founder of Aikido Morihei Ueshiba and his son Kisshomaru Ueshiba. In 1967 he went to Madrid with a scholarship from the Ministry of Foreign Affairs of Spain to further his studies in the history of European art. It was in that year when he introduced aikido in Spain and has been dedicated to its diffusion over decades with special support Kisshomaru Ueshiba and Moriteru Ueshiba (Doshu current) who visited Spain in numerous ocasiones, especially noteworthy as shows the spread of Aikido in Spain's investiture Honorary Doctorate from the Polytechnic University of Valencia de Kisshomaru Ueshiba in 1992.

In his more than 40 years in Europe Yasunari Kitaura has trained many experts in this discipline especially in Spain where they live . He has also contributed to the dissemination of Aikido throughout Europe including Russia and some former republics soviéticas.

His style of Aikido is characterized by its simplicity and elegance of movement. In his conception of Aikido employs forceful and energetic movements to establish dynamic and harmonic unifications with ki (energy flow) that part of the uke (attacker). The theoretical basis for this view was summed up in a speech with the title "Kimusubi" (unification / harmonization of energy flows) given at a conference for peace (Guernica, 1994) in which it sought solutions to conflicts harmonic aggressive and collected in the book the "fullness of emptiness"  In 2008 he received an award from the Ministry of Foreign Affairs of Japan for its dedicación. 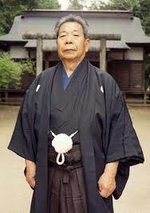 Morihiro Saito
Notice: this text has been translated automatically.

Morihiro Saito (斉 藤 守 弘 Saitō Morihiro, March 31, 1928 - May 13, 2002) was a professor traditional Japanese martial art of aikido coming to 9th Dan. He was also a direct student of O Sensei, since age 18. Expert in managing traditional weapons, such as traditional katana sword, the wooden sword bokken, and long poles and a half or jo bo.

Born in the Japanese prefecture of Ibaraki, March 31, 1928, in a resource-poor farming family. 1

In the summer of 1946, Saito heard about "a strange old man who was technical in a mountain near Iwama". It was the Master Morihei Ueshiba, who at that time was teaching "Ueshiba-ryu budo". From that year until O'Sensei's death in 1969, Saito served of Ueshiba teacher assistant (as uchi deshi), while his wife served O'Sensei's wife. Always in the town of Iwama, stayed and trained with the founder for 24 years, and kept everything related to the original Aikido, Ueshiba as it was conceiving it.